THE RANGER is just doing his job 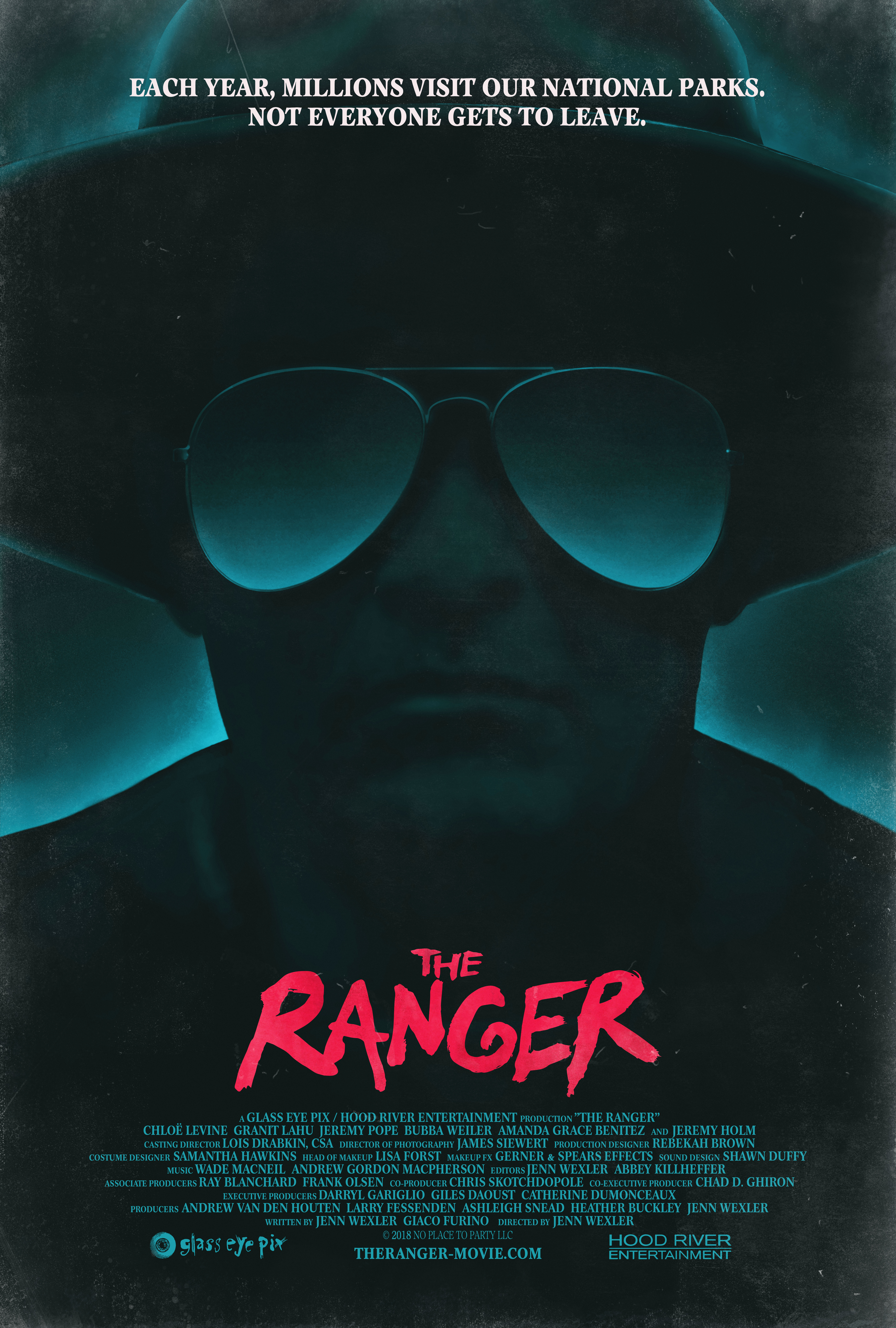 After a run-in with the cops at a punk show goes sideways, Chelsea and her pals flee the city in search of a place to lay low. Running to the security of Chelsea’s old, abandoned family cabin in the woods, they fall under the watchful eye of an overzealous park ranger who holds a secret from Chelsea’s past.

Many of the great villains believe that what they do is what is right. The titular character of Jenn Wexler’s new film The Ranger is just that sort of villain. He loves his National Park and despises those he sees treat it with a lack of respect. And while it can be easy to share his point of view, his methods are equally as easy to back away from.

The bane of the ranger’s existence in this film is a group of punks from the city. Following a violent raid of their hangout that resulted in the stabbing of a police officer by Garth (Granit Lahu). Garth’s girlfriend Chelsea (Chloė Levine) suggest they head to the mountains to her late Uncle Pete’s abandoned cabin. Along with them are couple Jerk (Jeremy Pope) and Abe (Bubba Weiler), as well as, Amber (Amanda Grace Benitez). Uncle Pete’s cabin has been empty since he died in unfortunate accident when Chelsea was a child.

The punks are obnoxious and show not only little respect for the forest but for each other as well as each other. They steal from the general store, tag trees, set a bonfire far away from the cabin’s firepit, and refuse Chelsea’s demand to not smoke in her uncle’s cabin. Outside of the general store, the group has a run-in with the ranger (Jeremy Holm) and while he doesn’t say it, you know he plans to keep his eye on them and you can’t help but agree that he should.

All is good fun for the group until shots come from the woods. On blast takes out their blaring boom box and the hits Amber in the head. Carrying her the mile back to the car they discover their van is no longer there. Chelsea and Garth head up the mountain to the ranger’s house to get help. Meanwhile, Abe leaves Jerk behind to stay with Amber and he heads back down to the general store in another attempt to find help.

The Ranger pays homage to classic authority gone mad films but I have to say that the punks in this film were so aggravating (in a good way) it was not hard to be on the side of the ranger as I found myself rooting for him to take them all out (except Chelsea who was the one sympathetic character in the film.

The Ranger is good film but not great. It has a strong sense of authenticity to its characters and it executes its story well. But that story is fairly predictable and the surprises the movie has to offer are interesting but not shocking. All that being said The Ranger has some good moments and I would say watch it but just don’t go to far out of your way.

The Ranger screened as part of this year’s Horrible Imaginings Film Festival in Santa Ana.