What Happened When Is a Riveting Modern Tragedy

Last week I had the opportunity to catch a performance of Daniel Talbott’s What Happened When presented by The Echo Theater Company. Returning for its third run at the Atwater Village Theater, this tragic tale of 3 siblings struggling against circumstance to make their own way and the ties that bind them together has clearly proven itself an audience and I was anxious to see what made it such an enduring draw.

Entering through a small courtyard, I make my way into the cozy intimacy of the theater itself. The two rows of chairs, numbering no more than 20 in total, are placed as close to the performance space as possible, creating a sense of presence in the room, which has been sparsely decorated with a sort of stuffy quaintness suggesting the decor has been passed down a number of times. Beyond that, what looks to be a backlit blood-stained tarp, which combined with the sound of birds fluttering about, creates a sense of disquieting placidity.

The lights dim as the cast enters the room. Three siblings, Jimi (Ian Bamberg), Sam (Mara Klein), and Will (Matthew Gallenstein) huddle together on the bed while the oldest, Will, tells them stories of how things are going to get better, how they’re going to stick together and make something of their lives despite the desperate times they find themselves in. This is not the first time they’ve heard this story before and just as the tale of their imagined riches reaches its crescendo, they peer out with a sorrow that betrays the misfortune to come. 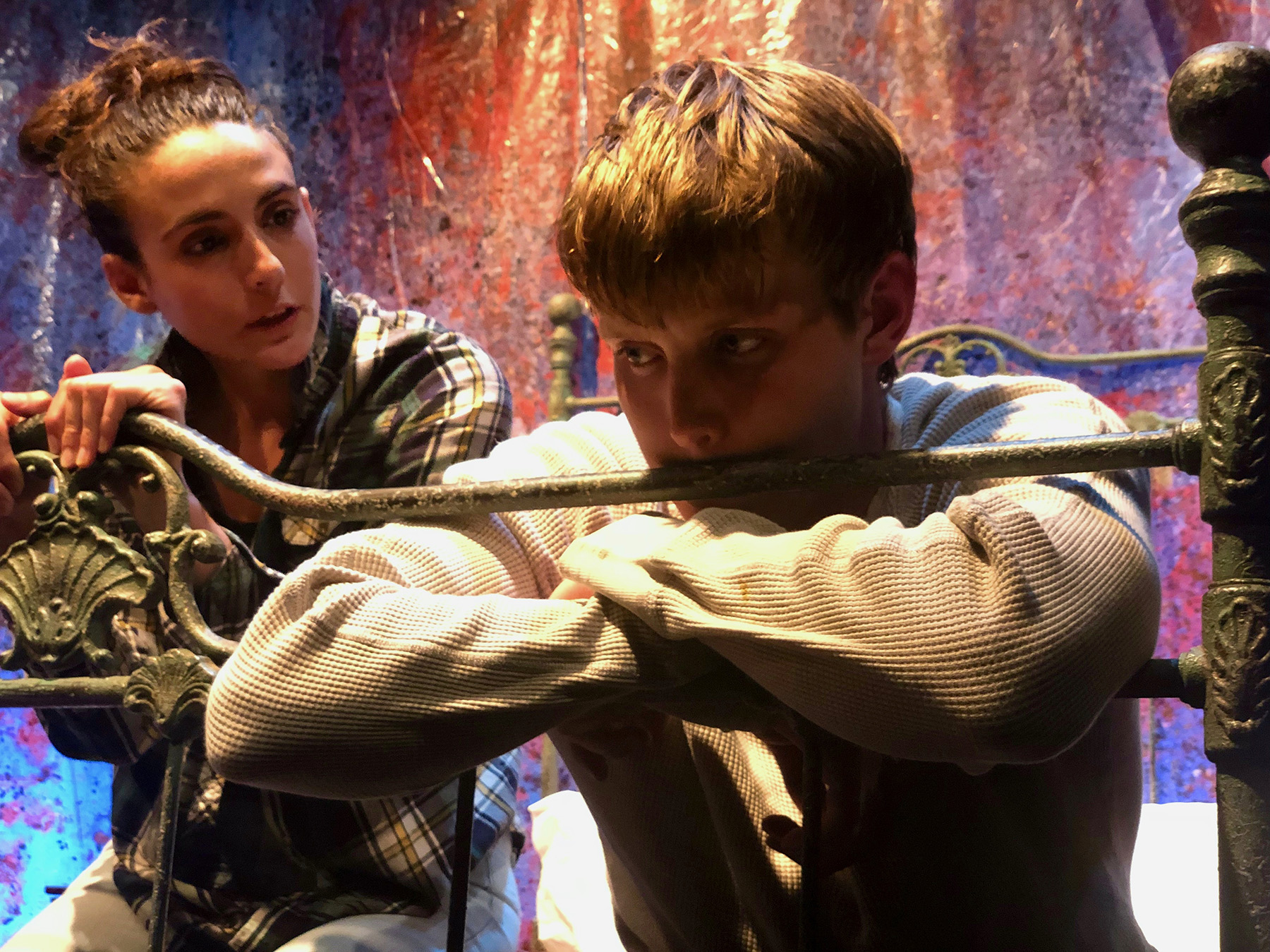 From here, What Happened When is unrelenting in peeling back its fatalistic tragedy. In the incredibly tight narrative encompassing 6 years from 2009 to 2015, we aren’t privy to much to many of the key moments that drive the plot along. Instead, we witness the consequences of these events told through a handful of key interactions between the siblings. What might seem to be a rather ordinary premise comes to life with a combination of nuanced writing and some very honest and invigorated performances.

Each of the characters runs the gamut of emotions with warm bonding moments giving way to resentment and aggression as tensions run high. The opening scenes have moments of levity, mostly thanks to Sam, who has taken on the role of surrogate mother to younger brother Jimi, who seems suffocated by the task of picking up the pieces of his identity and self-worth left in the wake of his disastrous upbringing by abusive absentee parents. In some regards, she also serves as a motherly figure to older brother Will, a troubled young man who carries himself with a self-assured swagger to make up for his own insecurities and inability to form healthy relationships.

The cast is comprised of veterans of the stage and screen who embody into their characters without a moment of hesitation or suspension of verisimilitude. It’s a tough watch, especially as the reality of their situation comes more clearly into view, as their best-laid plans predictably fall apart with their inability to deal with the rigors of the outside world. While most of the truly traumatic content is discussed and not shown, I feel it’s necessary to issue the full suite of trigger warnings, including physical, emotional, substance, and sexual abuse. There are some very explicit sexual language and overtones of homophobia, which lead to at least one walk out during the course of the performance. I don’t think this is cause enough to not seek out this fine piece of independent theater, but don’t expect to leave feeling particularly positive.

What Happened When is a raw and confronting exploration of the price of neglect. As the last light cuts out, the viewer is left to reflect alone, to consider how the truths of this modern tragedy manifest in all of our lives in one way or another.

What Happened When is continuing it’s run on select weekdays throughout October 11th. More information can be found at echotheatercompany.com.